Performance and installation in the group show Silk and Lace: 13th Anniversary Gifts

Blue Oyster gallery in Dunedin turned 13 in April and I was asked to join in the celebrations by contributing a work to the group show Silk and Lace.

The curatorial directive from Jamie Hanton required the invited artists to address the title Silk and lace and also to respond to a previous exhibition at Blue Oyster. I chose to respond to the 2009 exhibition by Australian artist Sylvia Swenk. This show, titled, They paved paradise, put up a parking lot, after Joni Mitchell’s 1970 song ‘Big Yellow Taxi’ engaged with environmental issues and the human cost of unfettered capitalism. Swenk’s project took the form of a performance/ installation in the gallery and an interactive performance work, X Performance Dunedin, in which she choreographed and directed local participants to form a giant X with their bodies across an intersection connecting the Octagon to the surrounding streets.

My reworking of Swenks performance reflects upon the 99% occupation of the Octagon and pays tribute to civilian activism, from the flower Power era to present day. Rather than making the cross with the bodies of the participants I invited participants to lay a cross of flowers as gesture of support for peaceful protest past, present and future.

Commemoration of the flower power movement and an acknowledgment of the fragility of the ideological  high-ground. 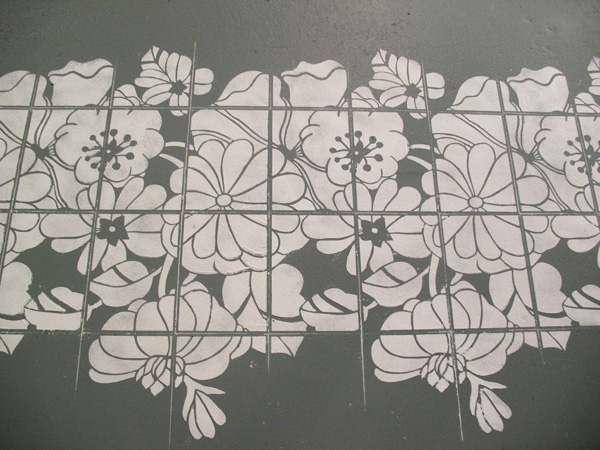