I have curated an exhibtion at DEMO, Auckland NZ 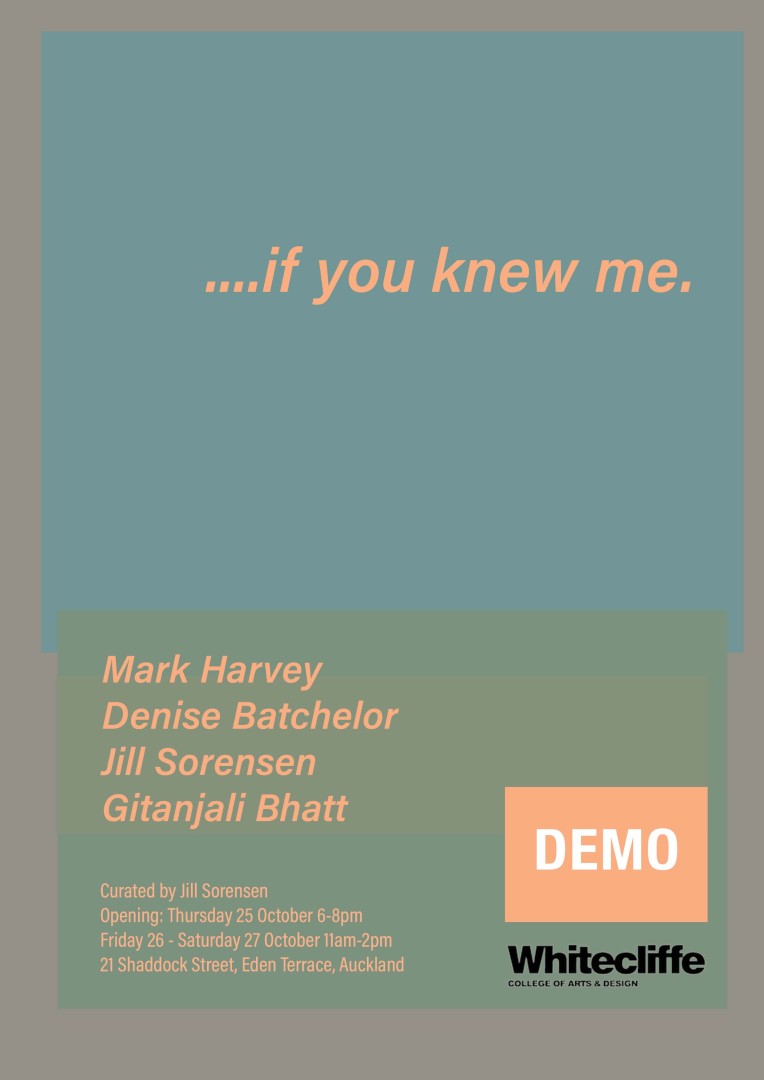 In 21st-century suddenly everyone cares about climate and how it might or might not be changing, the atmosphere is filled not just with CO2, but with information and misinformation, blame, denial and handwringing. Beneath this cloud of discord, hype and anxiety we collectively and individually face a bewildering array of options and responsibilities.

The artists in If You Knew Me variously observe, reflect upon and engage with the increasingly familiar moments of awkwardness and uncertainty that now populate daily life. Small but uncomfortable choices and decisions that prickle us as we struggle to negotiate how we should now live as human-people in the epoch variously named the Anthropocene, the Capitalocene or the less pronounceable Chthulucence[1] proposed by Donna Haraway. Uncomfortable with the ‘Anthropos’ of Anthropocene, Haraway suggests that the current moment is not so much an era in itself but an interlude between the benevolent Holocene and a yet to be definitively named future epoch, a hiatus she terms “The Great Dithering… a time of ineffective and widespread anxiety about environmental destruction”[2]. A stuttering pause in which we know something must be done but are not sure how to do it, who should do it or what should be done. An extended moment of bewilderment as we see the reliable face of Nature, backdrop and resource of our human drama, dissolve into a disinterested biosphere, a cyclic network of entities and agencies in which we are one of many presences. In this version of ‘world’ there is no ‘infinite earthly resource’ and no ‘away’ between which to cradle the machine of human progress. With no valid prop for human exceptionalism other than self-interest and habit we are left to navigate an abrupt transition from a Nature we once stepped-upon, to a teeming biosphere within which we must negotiate a human niche.

The four artists in If You Knew Me engage with digital video, using the medium to acutely observe moments in which we dither in the face of mundane activities once considered inconsequential,  now appear suddenly suspect or even duplicitous.

In the term Chthulucence Haraway invokes the Chthonic ones, the ancient, ancestral powers of the earth, who cannot be contained or ignored.